Regina has a new City Council, and it looks like the majority of them favour action on the Renewable City motion. Even the anti-Renewables Mayor Fougere was defeated.

Ward 6 has a new Councillor.

Congratulations Dan LeBlanc, I wish you all the best in helping to lead our city forward and through this challenging time. pic.twitter.com/7qXpaLUf4p

I am thankful to residents of Ward 1 for electing me as their councillor on Regina City Council. I knocked on thousands of doors and enjoyed hearing from so many people Thanks to @BYoungYqr for her 8 years on council. She can leave knowing she made a difference. #yqrvotes pic.twitter.com/0cCNU3SmIs

Thank you to the residents of Ward 8 in #yqr for electing me as your representative. Thanks to everyone who put their name forward to run in this election. I look forward to working to build a better Regina. Good night! #yqrvotes

There are bound to be interesting Council meetings coming up, too bad they’re on Wednesday afternoon when people are working. Good luck having the public engaged.

There is so much to do, but first I think overpriced bus fares need to be addressed.

Here's a municipal problem to fix that won't cost too much, and helps lower car-dependency. Post-secondary student bus passes are too expensive. They should eventually be free, but lowering the fares is something Council could do right away.https://t.co/2o55BhX7w7#YQRcc

It’s complicated to vote for Mayor this year in Regina. Most candidates are opposed to making Regina 100% Renewable, even when the target is a distant and somewhat ridiculous goal of 2050. So, who can you vote for?

The obvious choice is Jim Elliott if you put surviving the climate crisis as your top voting priority. Jim is the best known pro-environment candidate, with a vast knowledge of Regina. However, he routinely fails to be competitive in elections. This year he’s had a much improved campaign, but there are also more candidates.

Sandra Masters doesn’t strike me as someone willing to take the big steps needed to put Regina on the path to becoming a sustainable city. She isn’t Fougere, and may be the best chance to defeat the incumbent, anti-environment, anti-transit, do-little Mayor.

Did you catch Councillor Flegel lying about emissions being lower today than 15 years ago? Why would he do that? Well, CBC didn’t fact check him before printing his lie. Saskatchewan emissions are up, way up. Regina doesn’t track them closely enough for him to make such a claim. The only encouraging emissions change made in that time frame is that now methane at the landfill is burned into CO2 for some electricity.
Then there are his awful claims in his low-quality audio radio ads.

Saskatchewan is bound to trip, with its electorate looking backward, hands firmly over the ears.

Can you remember back to 2016 when the Mayor ran on a platform of Housing First and ending homelessness, and then in the ensuing years not doing a damn thing to help?

His platform reads like a laundry list of failed, ignored, and outright suppressed ideas from the last years. And who failed to implement those community plans, ignored them, or suppressed them. Him! Why would anyone trust that he’d now want to do them. He only wants to win votes, not do what he’s saying.

“The City of Regina has been preoccupied with this issue, though it’s officially keeping mum pending release of a major transportation study, likely in June (2016).

A few hints are emerging, though. “Cycling, blades, boards, walking … we’re really looking at providing patrons with more choice and a better full game day experience that includes their travel as part of it,” says Kelly Scherr, the city’s director of major projects.” L-P May 29, 2016 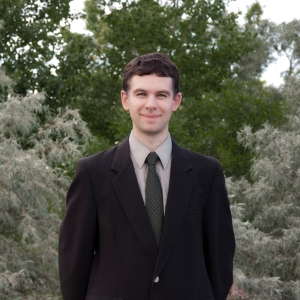